Speech pitch detection is a feature with many uses such as speaker diarization and speech activity detector. The use of average magnitude difference function (AMDF) is prevalent in RTOS’s due to its low complexity. A natural alternative to the AMDF is the magnitude average product function (MAPF).
Suppose the received signal at the microphone is given as:

is the desired speech signal and

is i.i.d zero mean Gaussian noise. The MAPF algorithm proceeds on a frame by frame basis. Suppose a frame of length N is available,such that

. Then the AMDF function is defined as:

A smoother version, which we utilize, is the binarized bMAPF which is defined as:

The pitch is found using:

A smoothening function can be applied to

to remove spurious noise. A sample performance of AMDF is shown in Figure 1 below: 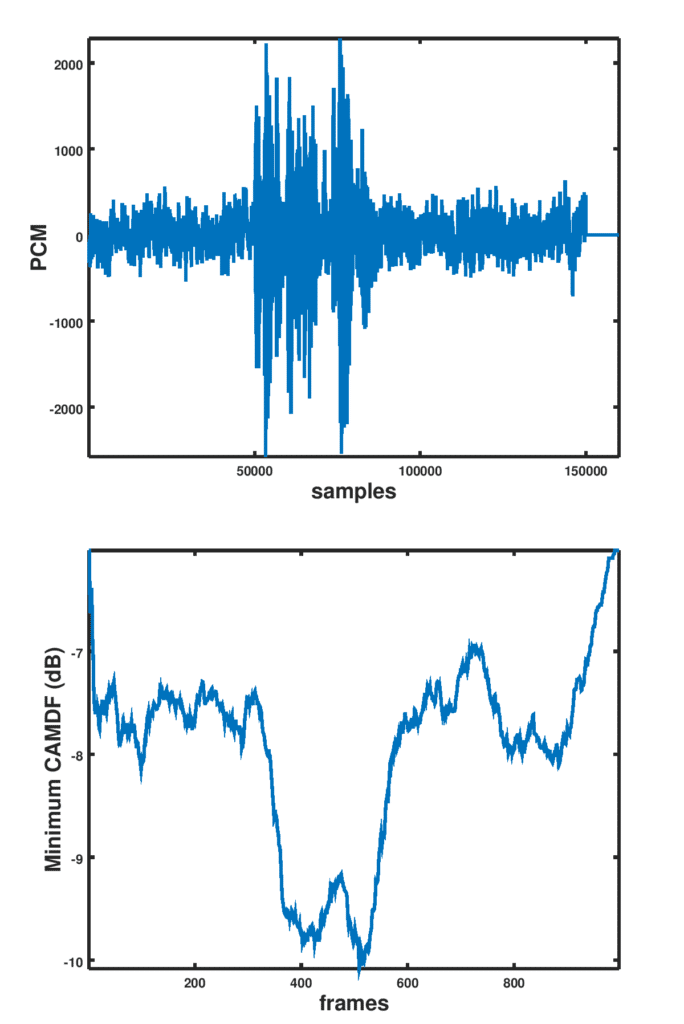