Most Android applications are written in a high-level programming language such as Java.  Sometimes it is necessary and/or desirable to have parts of the application written in a low-level language such as C.  The Java language includes methods for running code written in low-level languages by using the Java Native Interface (JNI).  A JNI interface is composed of some Java code and some C code with bindings between them.  The interface allows function calls and data to be exchanged both ways between the Java and native C code.

The following process may be used to incorporate native C code in a Java application on Android: 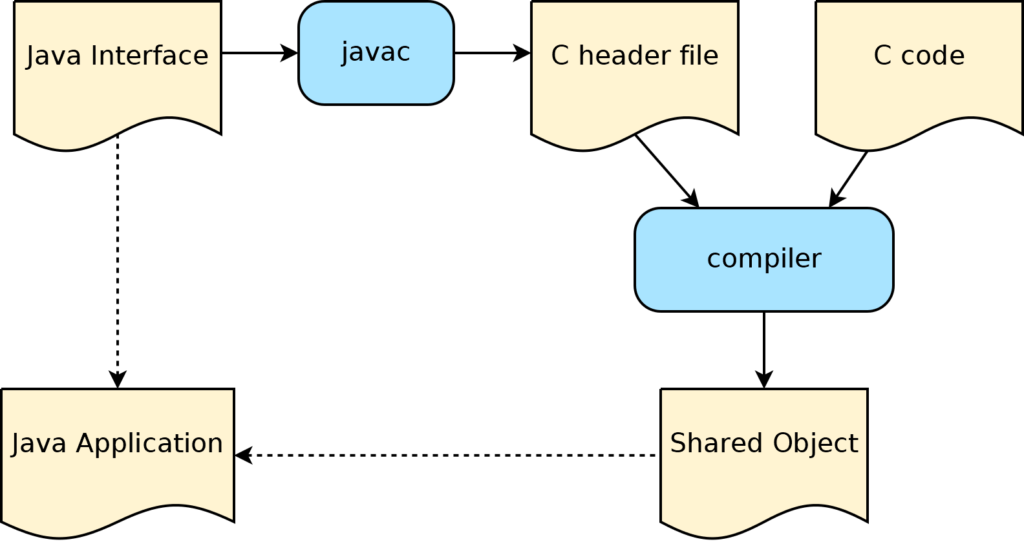