Environment variables can make scripting easier, and they can make scripts more generally useful.  For example, a makefile might invoke the gcc compiler as $(CC).  This references an environment variable called ‘CC’ which must exist for the makefile to work.  A build machine can define CC in the environment before invoking make, and can therefore use any version of gcc which could be installed anywhere on the system without changing the makefile.  This is especially useful for cross-compiling. 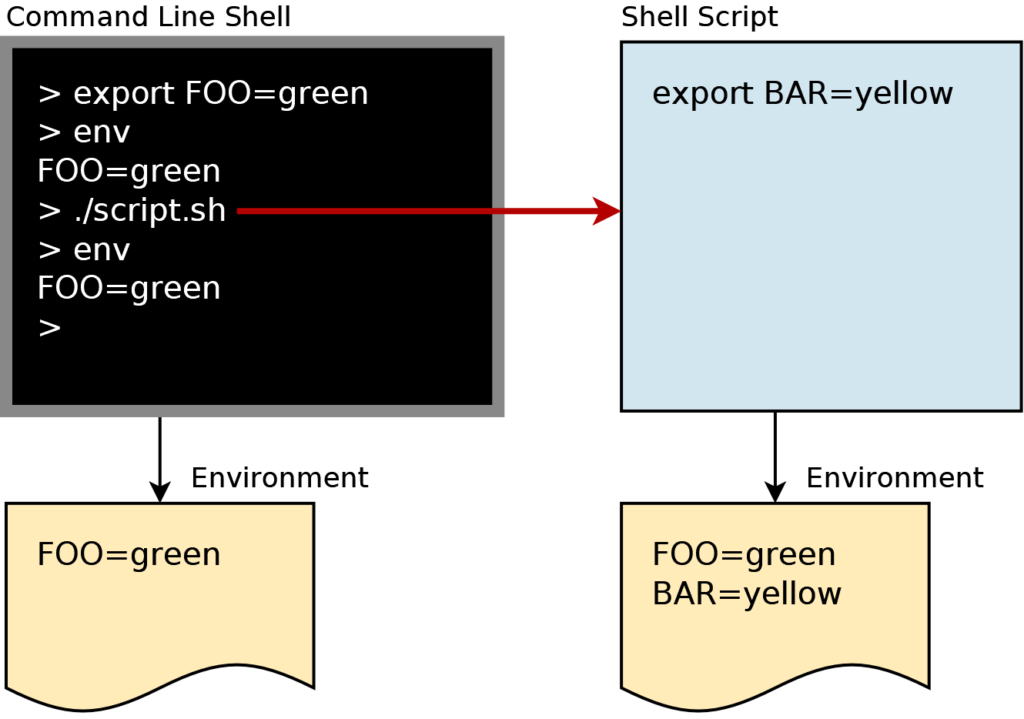