Voice activity detectors always discriminate between features of speech and noise. The spectral flux approach is used to produce a decision rule aimed at minimizing the number of decision errors based on the observation that speech is quasi-stationary over short temporal spans. Thus, this feature can be leveraged to improved the decision making for detection of speech.

Suppose the received signal at the microphone is given as:

is the desired speech signal and

The spectral flux $latex\psi(t,\omega)$ is given as:

norm. Because of the quasi stationary nature of speech signals, the spectral flux will exhibit on average nulls corresponding to noise intervals while maintaining a flat spectrum for speech intervals. A specific frequency in can be targeted or an aggregate over all frequency bins can also be used. A sample performance of this approach is depicted in Figure 1 below: 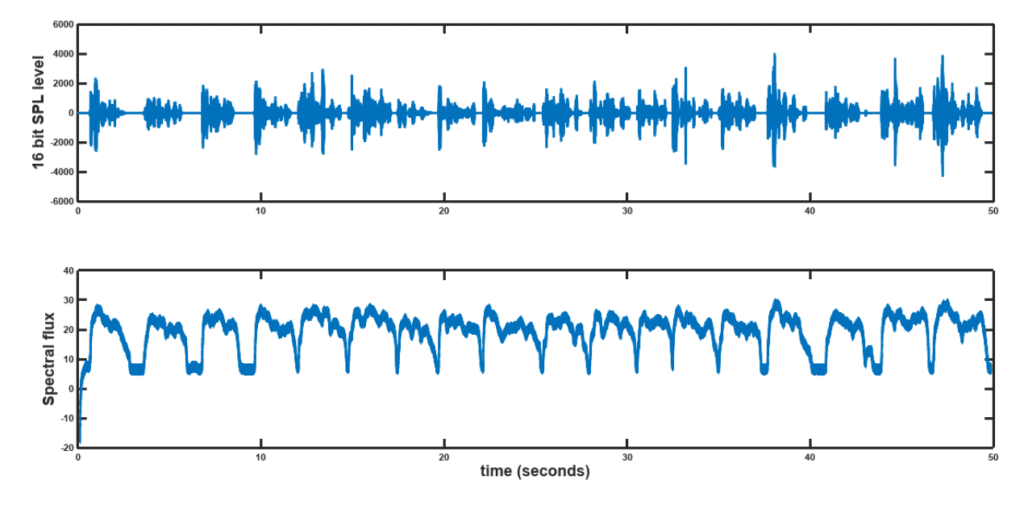 A simple threshold could be deployed for detection. The speech detection rate can further be improved if it is used together with other well known metrics.