Alsamixer is a program for changing controls on ALSA sound cards.  It is part of the alsa-utils package which is included in many Linux distributions.  It can be run by typing ‘alsamixer’ on the command line.  Alsamixer uses ncurses to generate graphical sliders in a terminal window, so it can be used without a graphical subsystem.  It is operated with keyboard commands.  There are commands for selecting which sound card to change, which control of the sound card to change, and modifying the value of the selected control.  The set of controls available is defined by the Linux kernel driver for the sound card, so it is a different set for different sound cards.  The following is an example screenshot from alsamixer: 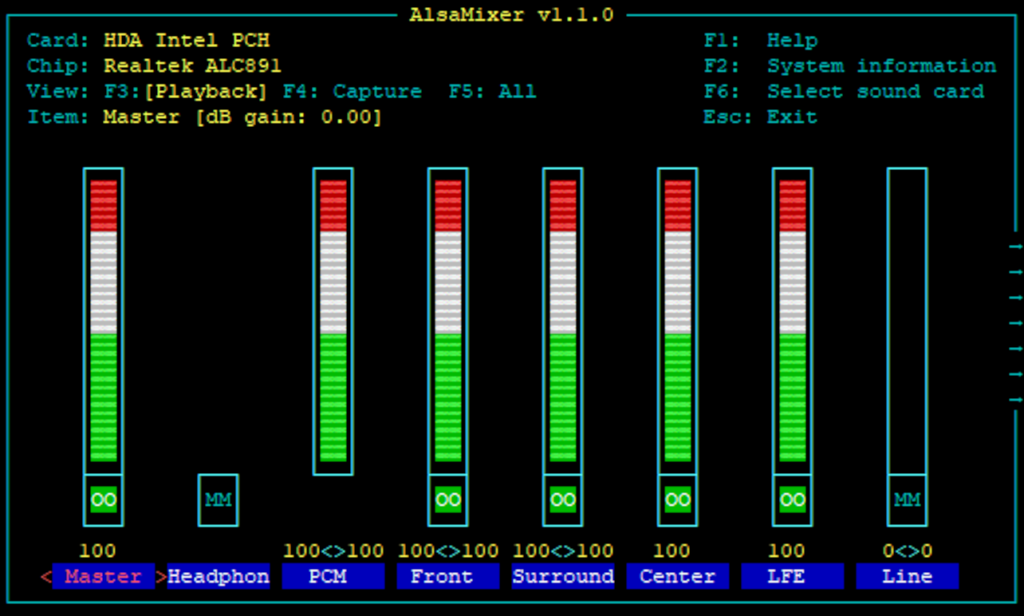 The top left shows which card is selected and which control of that card is selected.  The F6 key can be used to select a different card.  A number of the card’s controls appear in the view at once, with the selected control highlighted in red.  The left and right arrow keys scroll through the available controls.  The up and down arrow keys change the level of the selected control.  For controls with switches, the ‘m’ key toggles the switch.  Most Linux drivers tie the card’s controls directly to the audio hardware, so changing a control in alsamixer will have an immediate effect, even if the card is in use.