Compressive imaging uses the fact that an image can be represented by a sparse approximation with a transform, usually the wavelet transform, to enable the reconstruction of the images. It is important to note that the sparse approximation brings some distortion itself before the Compressed Sensing (CS) compression is implemented. Another way to look at it is if we transmit 25% of the samples (where the number of samples is equal to 5 times the sparsity), theminimization will recreate the image as if the largest 5% of the wavelets had been transmitted. This means that we can control the quality of the reconstructed image by varying the number of CS samples that are created.

Another important thing to note from this is that only the number of samples transmitted has an impact on the quality, assuming that the samples are “random enough”, or that the pixels used to create each sample are generally spread out throughout the entire image. This allows CS compressed images to be very resilient to bit errors which is demonstrated in Figure 1 below showing a security image compressed using both JPEG and CS with varying bit error rates. 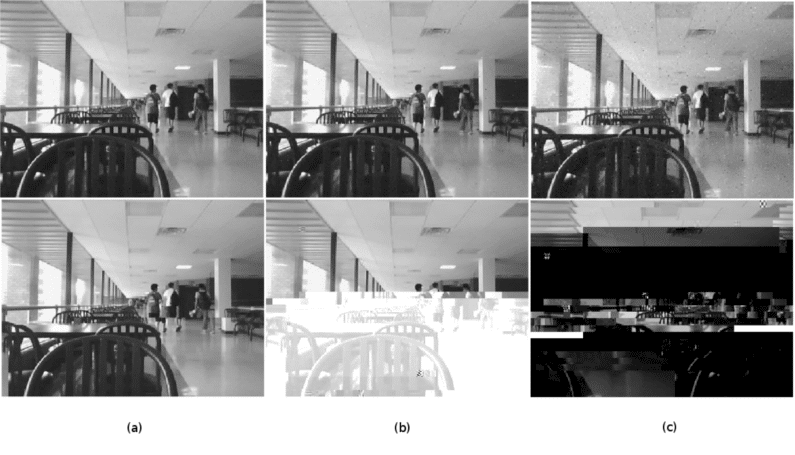 Figure 1: Security Camera Image with CS (above) and JPEG (below) for BER (a) 10-5 (b) 10-4 (c) 10-3
The above leads to the idea that an optimal error correction strategy would be to use a simple low-overhead method lo locate any samples containing errors, remove them from the set of received samples, and reconstruct the image as if those samples had never been transmitted. Even parity is chosen because it is very simple to both implement and detect. As long as the number of samples encoded per parity bit is carefully chosen, enough correct samples will be received to allow for good received image quality.

It is important to correctly choose the number of samples to encode for a single parity bit. If too few samples are encoded, unnecessary additional overhead is added. If too many samples are encoded, then a large amount of data will get thrown out for each bit error. Therefore, the number of samples per parity bit b is chosen to optimize the percent of correctly received samples C in the equation

where Q is quantization in bits/sample and BER is the bit error rate.