Menu
VOCAL Technologies > Resources > Development > How can I use watchdog hardware in Linux?

The standard Linux watchdog drivers create a device node (/dev/watchdog) which is used to control the watchdog hardware.  The watchdog is inactive when the system boots.  It is activated as soon as a process opens the device node.  Activating the watchdog will start a timer in the hardware.  If the timer runs out, the hardware will automatically reset itself.  This generally works the same as pressing the reset button, so Linux will be rebooted.  To prevent an automatic reboot, the watchdog timer needs to be reset before it expires.  The timer is reset anytime a process writes to the device node. 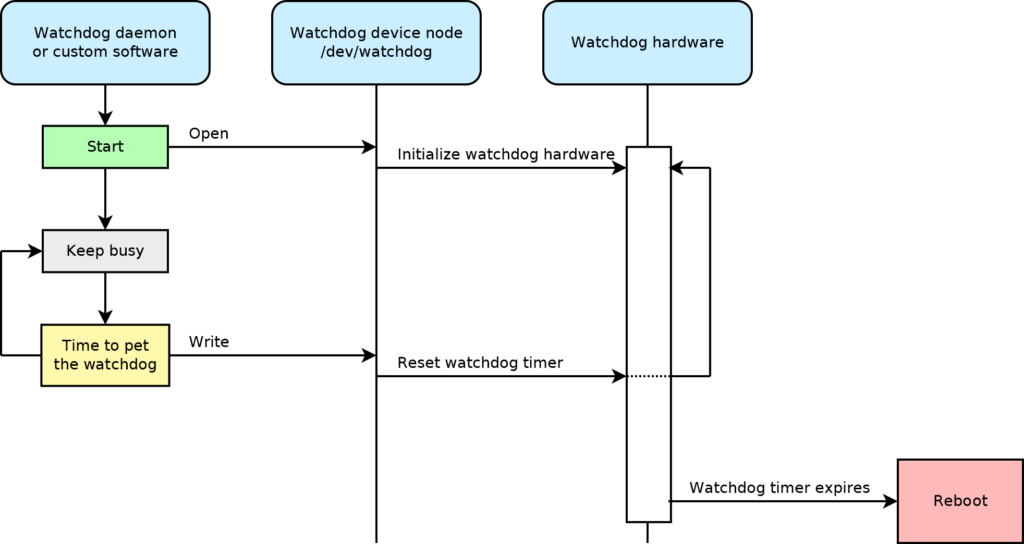